The Mark 8 is a strikingly different-looking Lotus car compared with what had come before, though the idea of a more streamlined exterior to reduce drag and therefore improve top speed was the final part of its development. The principle objective was to create a car around the most minimal triangulated chassis frame possible, with a strong focus on cutting overall weight.

The design was created by Frank Costin, an aerodynamicist at the de Havilland Aircraft Company. Lotus founder Chapman famously said he didn’t really like the way the car looked, but accepted the speed advantages which came with such a smooth shape.

The Mark 8 made its racing debut on 10 April 1954 at Oulton Park circuit, having been involved in a minor crash on the way to the event. This race meeting has gone down in company history as the public debut of the ‘Team Lotus’ name which later became so success on the world motorsport stage.

The Mark 8’s season highpoint was at Silverstone on 17 July at the British Grand Prix meeting, with Chapman himself beating a works team Porsche to win one of the support races. Drivers John Coombs and Nigel Allen were each driving a Mark 8 while Peter Gammon and Mike Anthony were in a Mark 6. Overall performances by Team Lotus meant it won the team award on the day. 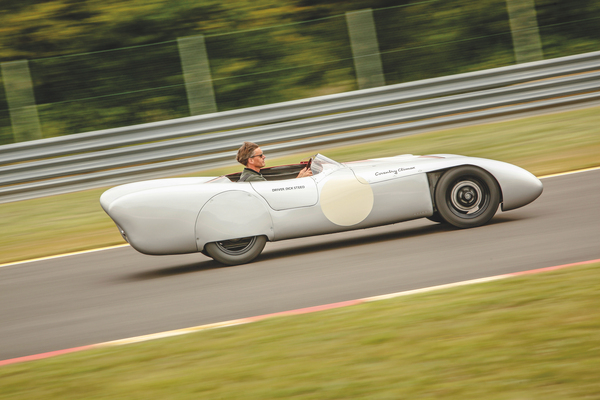 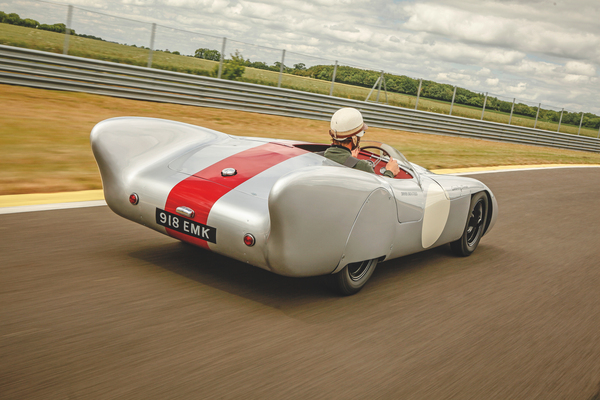