Launched in 1976, the Lotus Esprit is one of the brand’s most iconic models, thanks in part to its starring role in the James Bond film of the following year, The Spy Who Loved Me. Even now, more than four decades on, it remains one of the most memorable and loved ‘movie cars’ of all time.

Built on a strong and stiff backbone chassis, mechanically there was little to surprise seasoned Lotus fans. What grabbed the headlines was the original ‘folded paper’ styling by Giugiaro, with finishing touches from Lotus design boss Oliver Winterbottom, which met with universal acclaim. The Esprit was priced from £5,844 and the early cars included the choice of striking tartan seats.

Less than a year after the first customers got their cars Lotus announced the Esprit S2, which kept the Type 79 designation of the original. Upgrades included different wheels, new spoilers front and rear, plus the addition of air intakes just behind the rear quarter windows.

In March 1980 the Series 2.2 was announced, with a larger-capacity, higher torque engine though with the same 160bhp output. Just a year later, and after only 88 had been made, production of this body shape of the Esprit ended, replaced by the long-awaited Esprit Turbo (Type 82) and Esprit S3 (Type 85).

The Esprit Turbo featured a new 2,174cc engine complete with a Garrett turbocharger. Boosting performance to 210bhp, it turned the two-seater into a genuine 150mph+ supercar. A bright blue Essex limited edition, named after the Lotus F1 team’s title sponsor, was launched. Sales were further helped by another Bond connection, this time in For Your Eyes Only, and in 1983 the car was ‘federalised’ for the US market as the company searched for new sales.

In 1987 after a top-to-toe design rework by Peter Stevens, the car benefited from a more contemporary exterior. Further improvements led to the S4, and new versions included the limited-edition Sport 300 and the Esprit GT3. All retained the classic characteristic – a striking sports car with outstanding performance.

The Esprit V8 arrived in 1996, with the new 3.5-litre engine providing a 0-60mph time of under five seconds. In 2002 the styling was refreshed again before the decision was taken to end production the following year. For a generation of supercar fans, the Esprit remains an icon of British automotive engineering in a class of its own. 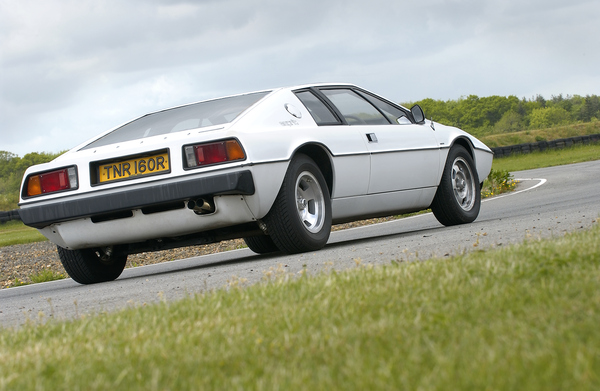 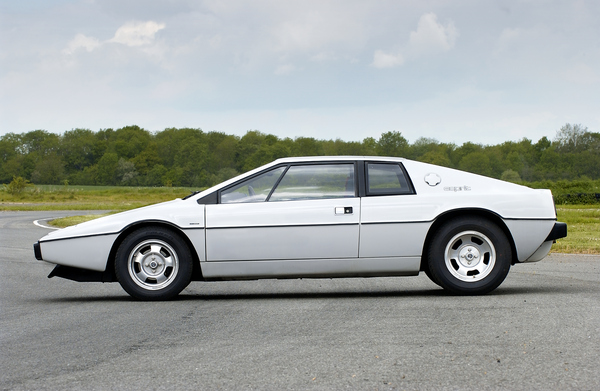 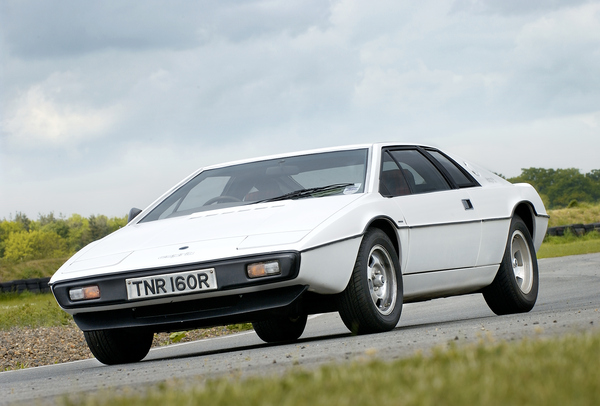