Through a process of design and engineering evolution, this was the ultimate incarnation of the Lotus Type 25 racing car. Though to the untrained eye they look almost identical, in fact there are no carry-over components from the earlier car to the Type 33.

The Type 33 made its debut at 1964’s Aintree 200 race  – chassis number R8 – with Jim Clark at the wheel but he crashed and had to return to his trusted Type 25 for much of the season as the car took two months repair. Jackie Stewart made a rare Lotus appearance driving a Type 33 in the non-championship Rand Grand Prix as a replacement for Clark, apparently injured in a snowball fight, and won one of the two races staged at the event.

Chassis R8 was rebuilt and raced again, then had an eventful and unusual life after Lotus. Having been sold, it appeared in the Oscar-winning Hollywood epic Grand Prix starring actor James Garner. Like many other professional drivers of the time, Clark made a cameo appearance.

Jim Clark had better luck in the 1965 season, easily winning the Drivers’ Championship with five of his six victories coming in a Type 33. The car’s final outing came in 1967 – renamed the 33T in honour of Clark’s participation in the Tasman Championship – before it was replaced by the Lotus Type 49. 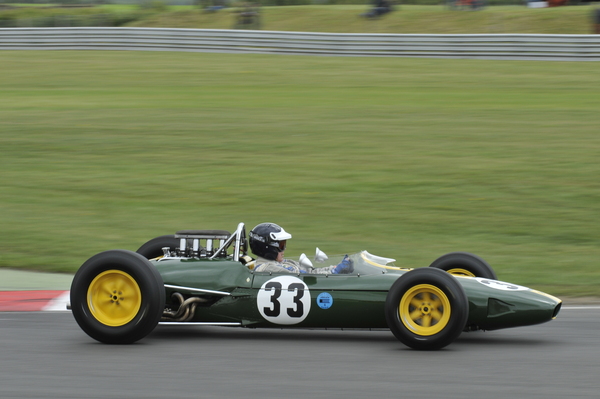 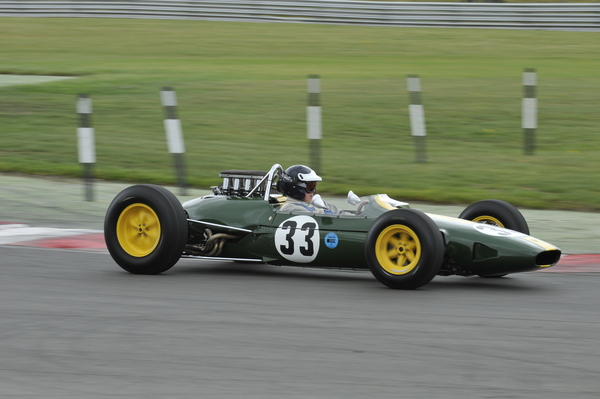 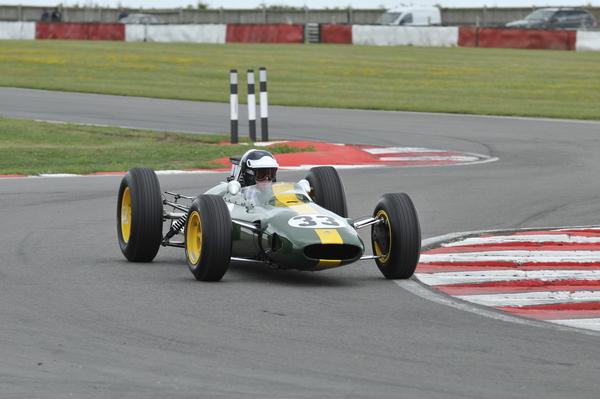