After poor racing results in the Lotus Type 16 of 1958, founder Colin Chapman realised the priority for 1959 was to develop a car that got the basics right. The focus was to be on simplicity, rather than trying to be technically superior and becoming too complicated. Priority for the design was to adopt the mid-engine layout, so helping to reduce the frontal area, improve aerodynamics weight distribution and overall size.

The result was the Lotus Type 18, which Chapman later said he considered to be the company’s first proper Formula 1 car. Those before it were initially built to meet Formula 2 regulations.

Again, Chapman’s innovative spirit came to the fore; there was insufficient height at the rear of the car for a Chapman-strut approach, so he redesigned an entirely new ‘double transverse link’ arrangement.

An aluminium-bodied Type 18 was developed in just five weeks from the drawing board. Still little more than a prototype and meeting Formula Junior regulations, it debuted at a Brands Hatch meeting on Boxing Day 1959. It was not an auspicious start and finished seventh with Alan Stacey behind the wheel. Performances quickly improved, and with three new Team Lotus drivers – including Jim Clark and Innes Ireland – competing during the 1960 Formula Junior season, the car won almost every UK race it entered.

Today, the Lotus Type 18 is best remembered as a Formula 1 car – also in 1960 – and for its association with the late Sir Stirling Moss, who took the first-ever F1 victory for a Lotus car. At a rain-affected Monaco Grand Prix on 29 May 1960 he drove relentlessly through the city streets to take the chequered flag by almost a minute from Bruce McLaren.

Today examples of the Lotus Type 18 can be still be seen winning in historic racing events around the world. 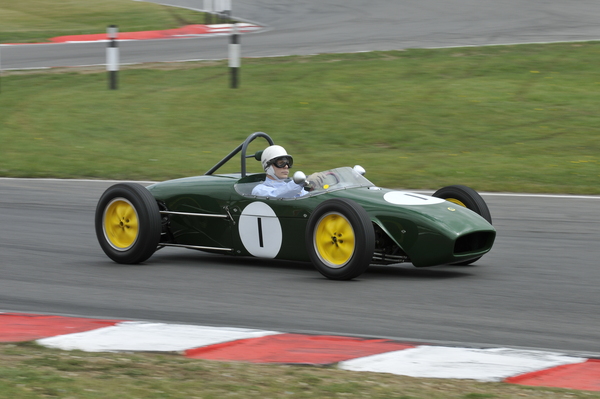 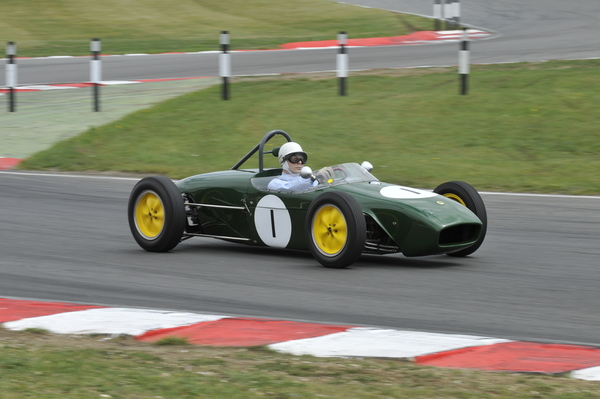