Hethel, UK – 20 December 2022  In 1948 a passionate young British designer and engineer called Colin Chapman built his first car, a modified Austin 7. Work was carried out in his spare time in the lock-up garage belonging to his girlfriend Hazel’s parents, behind their house in Hornsey, London. He called his car the Mark I and entered it into local trials. Different models followed, each an improvement on the one before, and within four years it became a business that he and Hazel called Lotus.

In 2023 – exactly 75 years later – Lotus will be celebrating this significant milestone with a number of exciting global events and initiatives. They will look back over seven and a half decades of innovation and success which have unquestionably helped shape the motoring and motorsport landscapes of today, and which have created some of the world’s most renowned and loved cars.

Celebrations will also look forward to what the fourth quarter of the company’s first century will look like, as Lotus continues its transformation from a UK sports car company to a global performance car business and brand.

To launch this very special year before it begins, Lotus has unveiled distinctive and striking 75th anniversary branding that will be seen in multiple environments over the next 12 months.

Matt Windle, Group Vice-President and Managing Director of Lotus Cars, commented: “Lotus of 2023 is a world away from a garage in north London, thanks to the billions being invested in our company on product development, an electrified future and more. We’ve come a long way since moving to our iconic home in Norfolk in 1966. Today we have engineering facilities in the UK, Germany and China; design studios in Hethel, Coventry and Shanghai; and new world-class manufacturing bases in Norfolk and China. It’s at the last of these that assembly of the first Lotus lifestyle car – the Eletre Hyper-SUV – begins later this month.”

He added: “The pioneering spirit and commitment of Colin and Hazel Chapman is alive and kicking in Lotus today, and we will be celebrating our 75th anniversary in style – paying tribute to the past and looking ahead to the future as we approach our first century.” 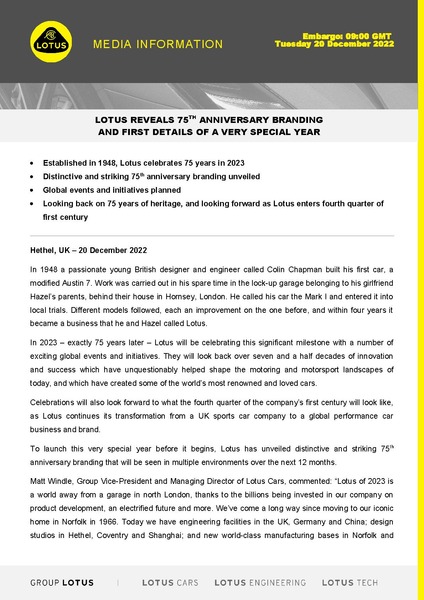 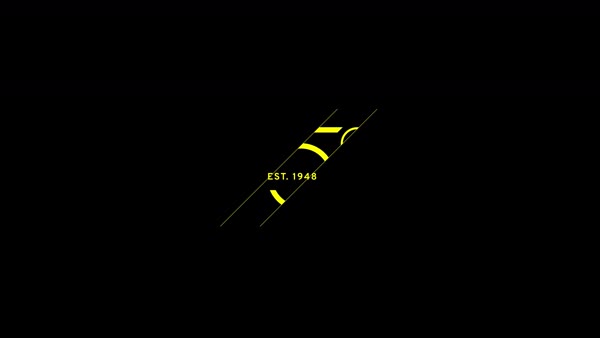 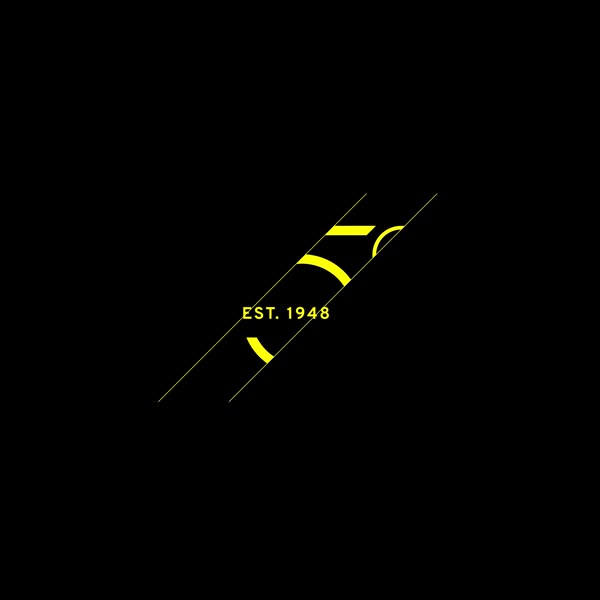