Hethel, UK – 4 May 2022 Lotus has officially opened its new sports car manufacturing facility at Hethel, naming it in honour of the company’s founder and inspiration.

The Chapman Production Centre is a world-class centre of excellence that is already building the Emira, the last petrol-powered car from Lotus and best of breed.

Together with Lotus Advanced Structures (LAS), Lotus’ new sub-assembly facility in Norwich, the Chapman Production Centre is part of a £100 million investment by Lotus in the UK. It is also an investment in the skills and passion of the Lotus team, which has more than doubled since 2017 when Geely became the majority shareholder.

Lotus has recruited new staff across all areas of the business including skilled manufacturing operatives, engineers and technicians. In vehicle assembly and production operations specifically, 300 new staff have joined the company. Through the new Lotus Learning Academy, based at LAS, all recruits have been trained in the high quality manufacturing operations they need to begin their career at Lotus.

Performing the opening ceremony, Matt Windle said: “Lotus is transforming from a UK sports car company to a truly global performance car business and brand, and the new Chapman Production Centre is a symbol of us delivering on that ambition. We are proud of our past successes and excited about our all-electric future, which was started all those years ago by our founder Colin Chapman, and I am honoured that Clive and Jane could join us to mark this occasion.”

Clive Chapman added: “I am honoured to have been part of this significant day in the history of Lotus. For the Chapman family it is extraordinary to witness Lotus on the path to becoming a global car manufacturer. I am delighted to have this opportunity to wish every success to all those who will be working in the Chapman Production Centre, and to thank Geely and Lotus for honouring Hazel and Colin in such a splendid manner.”

The new Chapman Production Centre is one of the most advanced low-volume automotive manufacturing facilities in the world and has the capacity to build around 5,000 cars a year. The all-new paint shop is a state-of-the art facility that uses automation to apply primer, colour and clearcoat, ensuring an exceptionally high-quality finish, a high through-put of vehicles and perfect repeatability. The new Lotus system is highly efficient: dry filtration uses 60% less energy than a wet system, while an electrostatic primer on body panels will reduce paint usage by 30-40% compared to the previous hand-sprayed process. All Lotus sports car operations at Hethel and in Norwich are powered by 100% renewable electricity thanks to a partnership with energy supplier Centrica.

The buildings which housed the previous Lotus assembly lines have been converted to sub-assembly. They are now home to the all-new framing line which builds the car bodies as part of Emira pre-production, with robots applying bonding agent to the sides, roof and cantrails.

All-new Automated Guided Vehicles (AGVs) ensure the highly efficient movement of cars-in-build on set routes around the factory, allowing operations teams to focus on assembling the vehicles. By using AGVs, Lotus has future-proofed its sports car manufacturing system as changes can be made quickly and easily to accommodate different manufacturing processes as new vehicle models are introduced.

Adjacent to the Chapman Production Centre is a new validation track where all production cars are tested as part of the quality assurance process. This dynamic test facility is a key element of the vehicle sign-off, one of many such processes ensuring visual the highest quality.

Lotus Advanced Structures, Norwich
All-new sub-assembly facility, Lotus Advanced Structures, in Norwich, just a few miles to the north of Hethel, houses the bonded and extruded chassis assembly and the subframe and fuel tank manufacture for all Lotus cars. The chassis and front-end assembly line includes robot bonding agent application, 12 new CNC milling machines and a new laser cutting machine to manufacture fuel tanks, rear subframes and many of the steel and aluminium components used on the Emira. 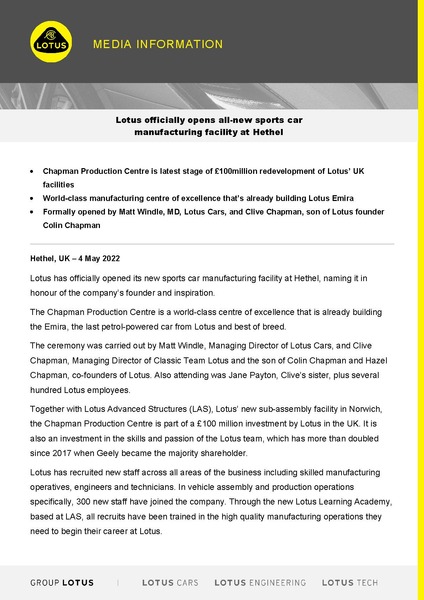 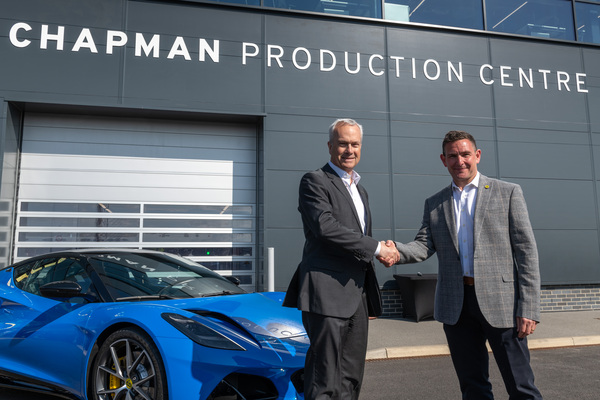 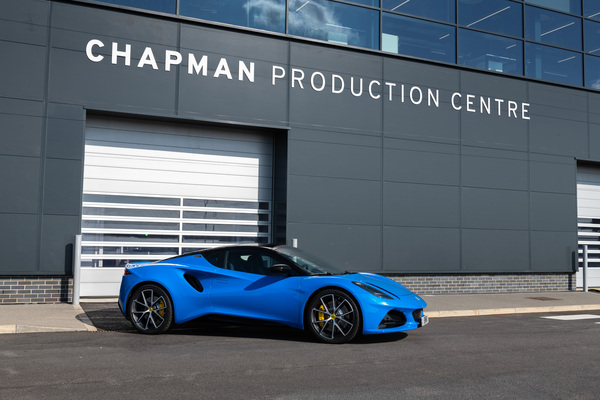 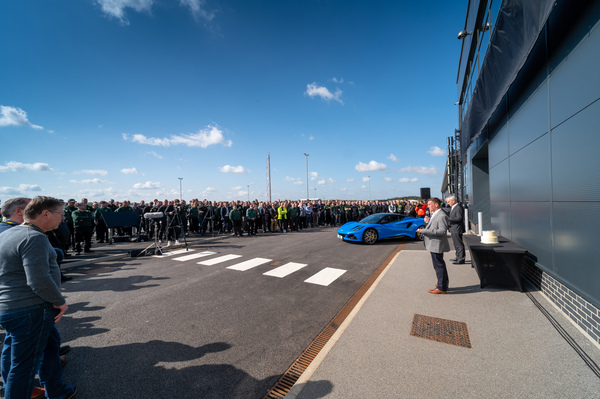 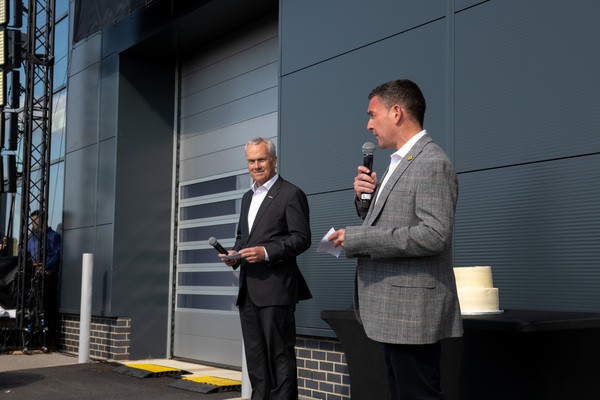 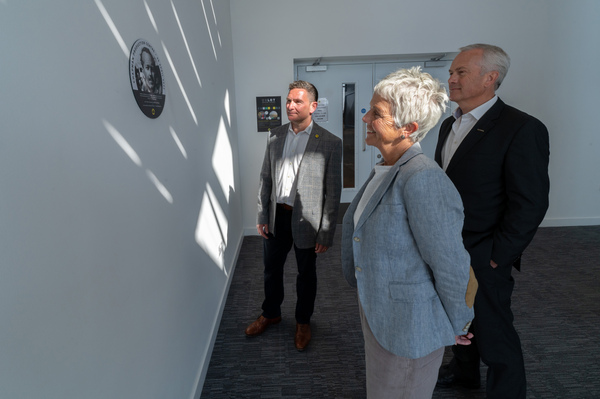 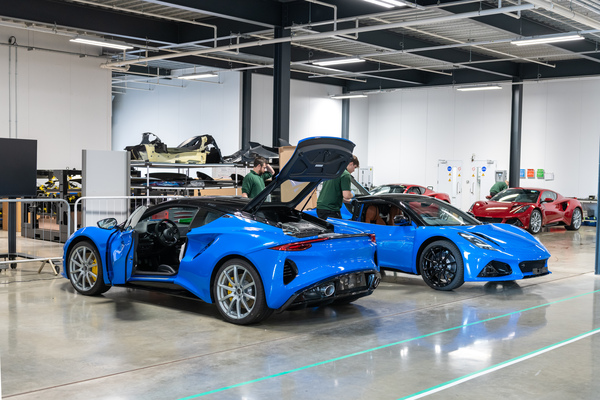 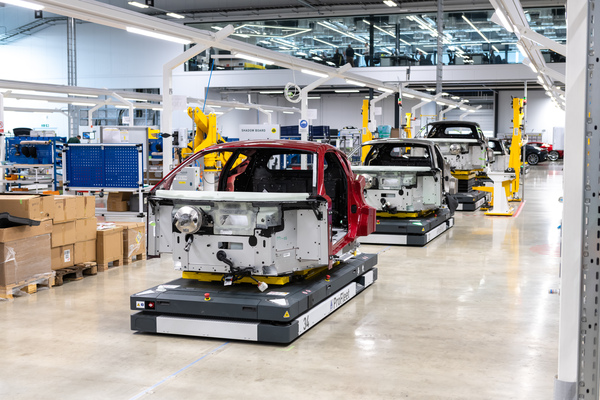 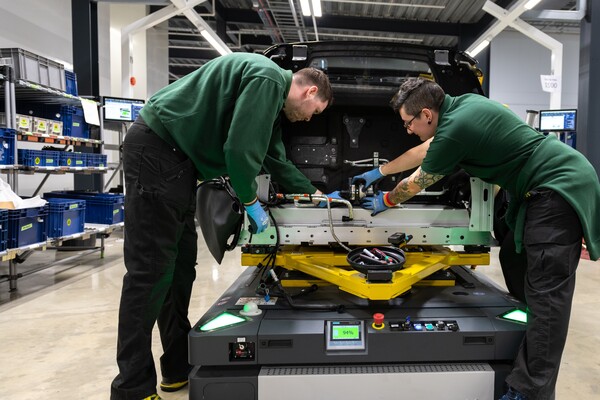 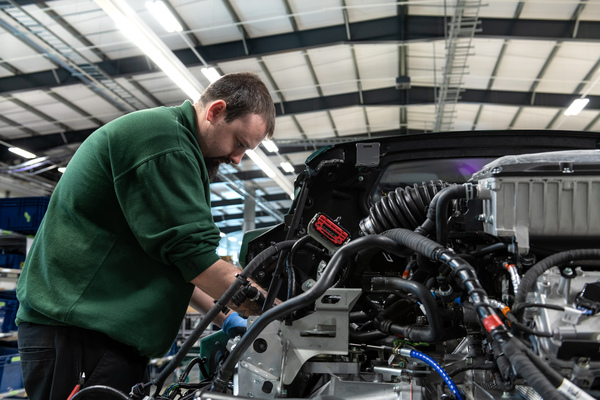 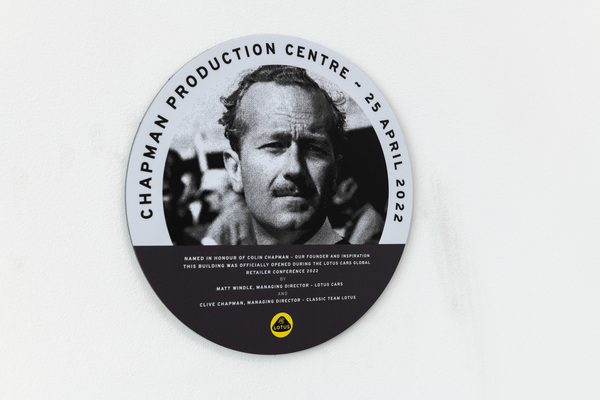 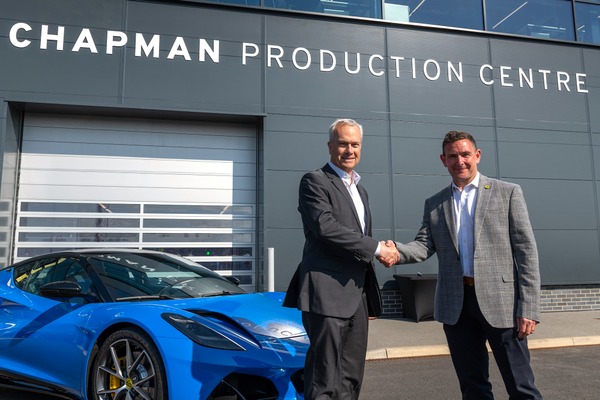