The collaboration sees the state-of-the-art training facility renamed The Lotus Training Centre, and the all-new Academy building renamed The Lotus Academy. Lotus branding will feature on the first-team ‘walk-out’ jackets, on all Academy shirts from the Under-23s squad through to the Under-9s, and on pitch-side branding at the Carrow Road stadium.

The partnership is announced on the eve of the Canaries’ first game of the 2019-20 Premier League season against Liverpool at Anfield. The agreement sees two long-standing Norfolk brands coming together as they each enter a new and exciting phase on the global stage, and with the local community at the heart of their ambitions.

Lotus is embarking on a major global transformation. Last month it unveiled the world’s first fully electric British hypercar and most powerful production car, the Evija, which is designed, engineered and produced at Lotus’ headquarters in Hethel, Norfolk.

The launch of Evija is the first visible step in Lotus’ plan that will see the company invest significantly over the next few years, to expand its product range and become a global premium performance car brand. Lotus has been making cars at Hethel, to the south of Norwich, since 1966 and currently employs around 1,200 people in the region.

Lotus and Norwich City Football Club have released an entertaining film featuring owner Delia Smith and former player Darren Huckerby to mark the start of the partnership. The film can be viewed at https://youtu.be/kU_HjeteSrQ

Simon Clare, Executive Director, Global Marketing, Lotus, said: “Lotus is a brand born for and out of performance and competition, so this partnership is perfect for both parties. Together Lotus and Norwich City Football Club share core values – commitment, passion, focus, hard work, a winning mindset – and the success that flows from them.

“This partnership joins two iconic Norfolk brands as they accelerate on to the global stage together. Both share a desire for innovation and, as we herald a new era together, we are incredibly excited about playing a part in the development of Norwich City Football Club and its talent. Today we are investing in that future.”

All Lotus branding reflects the company’s new corporate identity, which features a revised roundel and new typeface for the wordmark. Simon Clare explained: “We’ve looked back at the original Lotus roundel and thought about Colin Chapman’s philosophy – to simplify and add lightness. We’ve applied that to create a new roundel, taking the weight out of the lettering and adapting the spacing. We’ve also straightened the word ‘Lotus’ so it’s consistent with the Lotus wordmark.”

Ben Kensell, Chief Operating Officer at Norwich City Football Club, said: “This is a momentous deal for us. We’re so thrilled to partner with one of the most iconic and high-profile brands, not just in Norfolk, but across the UK and internationally. I’m proud that our resurgent Club is partnering with Lotus at a time when it is relaunching its brand into a new and exciting future. The synergies between our two businesses are striking, and for our Academy players to be proudly wearing a shirt that has such a well-loved logo on is really special.” 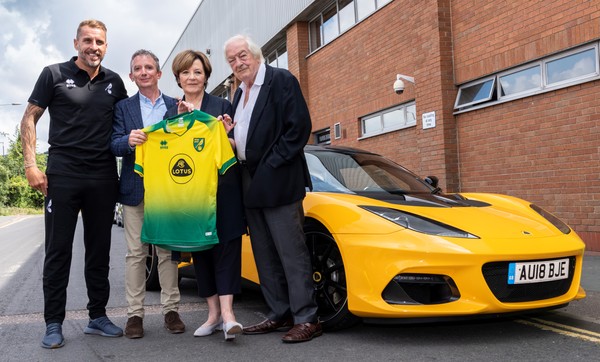 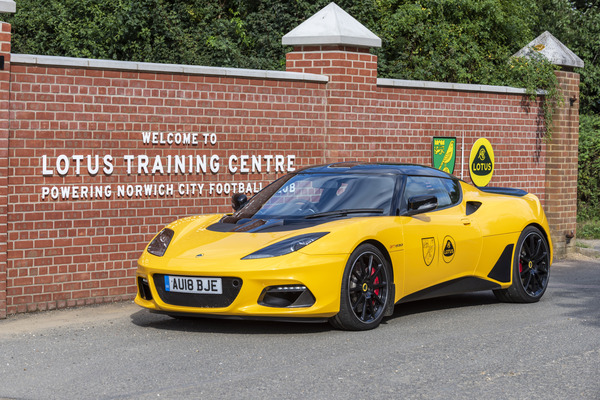 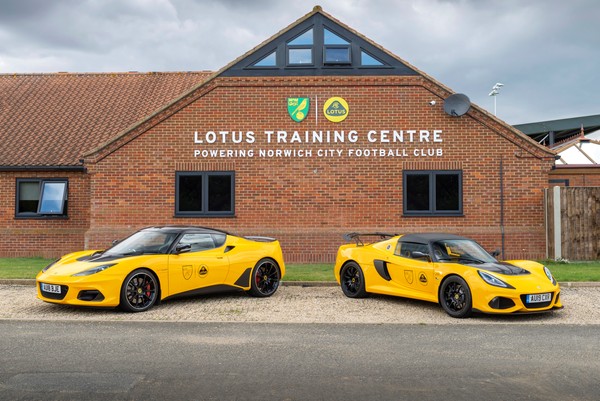 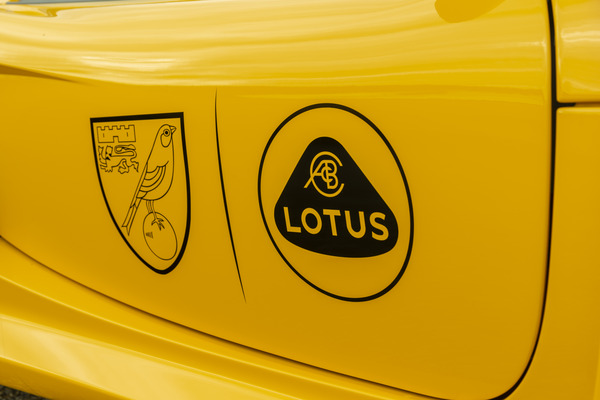 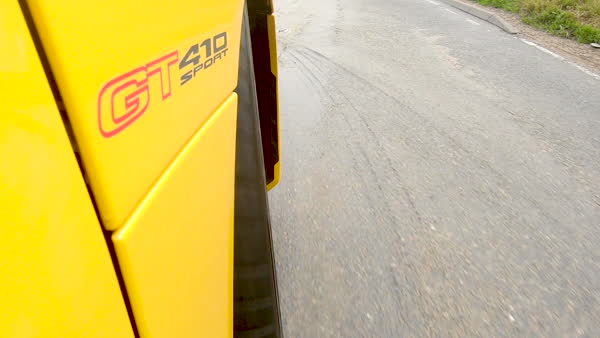