Mike’s appointment marks the beginning of a new era in the transformation of the Lotus brand, as the company continues the rapid expansion of its model range, grows its international footprint and aims to reach 100,000+ sales by 2028 when the company marks its 80th year.

Bringing together the existing Sales, Aftersales, Brand and PR functions into a newly formed global commercial division under Mike’s leadership, his team will be responsible for all product lines across all territories.

Mike joins Group Lotus from Volvo Cars where he most recently led the global marketing team in Gothenburg, Sweden. Prior to Volvo Cars, Mike held various sales and marketing roles at major brands including Harley-Davidson and Kawasaki Motors.

Working closely with the Group’s other Vice-Presidents, including Matt Windle (Group VP and Managing Director, Lotus Cars), Mike will report directly to Mr Feng Qingfeng, Group CEO, under the Group Lotus umbrella and according to the company principle of ‘Born British, Raised Globally’.

Mike’s appointment is effective immediately and he will be based in London. 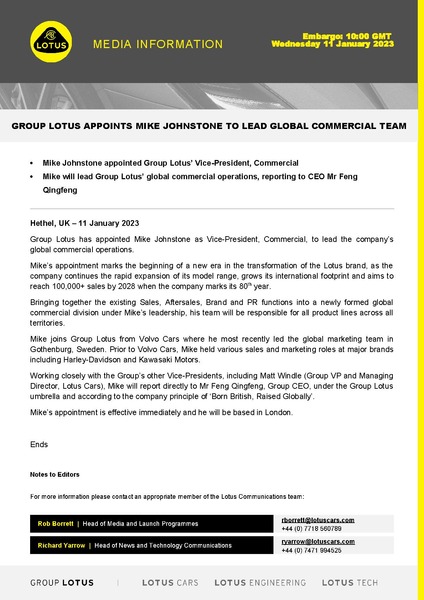 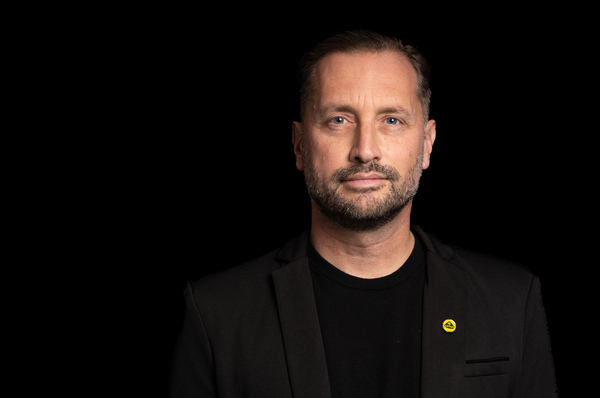