The man who was to become the founder of Lotus, Colin Chapman, had his first taste of motorsport as a passenger in a trials competition in 1947. He was enthusiastic enough about the experience to want to build his own car to take part behind the wheel.

The starting point was the chassis of a 1928 Austin Seven saloon, registration PK 3493, and work took place in a lock-up garage behind his girlfriend Hazel’s parents’ house in Muswell Hill, North London. Hazel later became his wife.

Using basic tools he created an angular body from alloy-bonded plywood panels, with an extended rear to accommodate up to two passengers for ballast during trials. It had no doors, just low cuts in the side panels.

Evidence of Chapman’s philosophy of innovation was already shining through. Instead of using rear quarter elliptic springs – which could cause oversteer on corners – he found a way to fit flattened springs and still have adequate ground clearance. The Austin’s original engine was completely overhauled and given a higher compression ratio, and after a year of work the car was ready.

In spring 1948 Chapman took part in a number of trials and gained two class honours. But competition had revealed a number of weaknesses in the car. Remedial work was carried out, including the addition of new Ford steel wheels to take larger tyres, and the finished vehicle was given a new registration, OX 9292, and a new name – Lotus.

When he started work on the Mark 2, the Mark 1 was advertised for sale. What’s known is that it was sold in November 1950 for £135 to a new owner somewhere in the north of England. What isn’t known is what happened next. Despite many years of research no further trace of the car exists. Lotus and its fans around the world hope that it will eventually turn up as a ‘barn-find’. 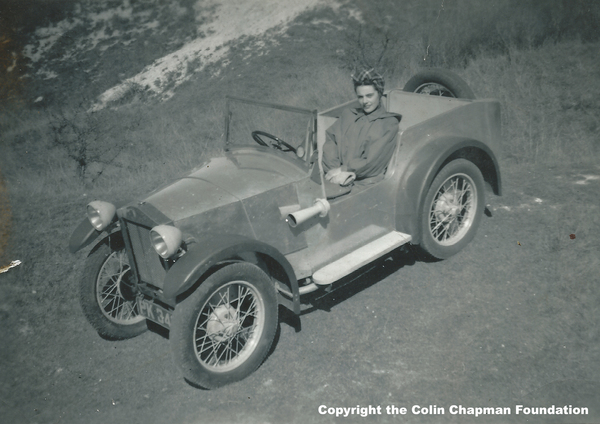 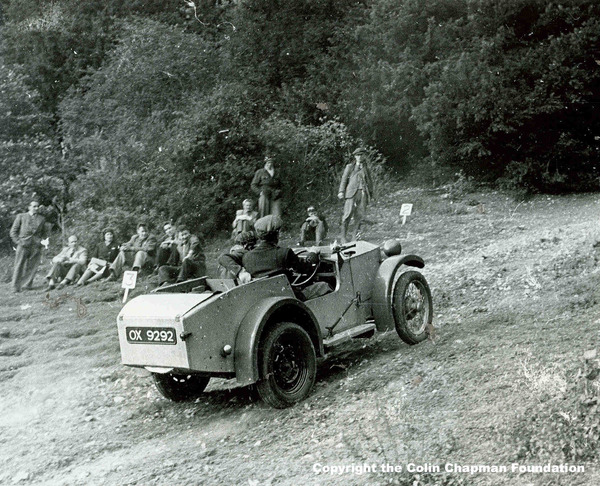