Few race cars are as celebrated as the Type 49. Yes, it won races and championships, but its real claim to fame is that it marked the debut of the Cosworth-Ford DFV engine. A compact 90 degree V8, it delivered 400bhp at 9,000rpm and would go on to dominate the Formula 1 grid for more than a decade.

Lotus founder Colin Chapman was instrumental in the development of this power unit. He had a long association with Cosworth because its founders, Mike Costin and Keith Duckworth, had met at Lotus in 1957. The engine was developed in tandem with the Type 49, and so the powerplant’s integration as a structural element with the monocoque was highly efficient, lightweight, compact, stiff and strong.

The car made an impressive start, with Jim Clark winning in its first Formula 1 race, the 1967 Dutch Grand Prix. The Type 49 took every pole position for the rest of the season, and Clark won three more races to finish the season third overall. Renamed the 49T for the Tasman Championship of 1968, the Type 49 carried Clark to four wins and the overall title.

The year 1968 also saw Graham Hill victorious in the F1 Drivers’ Championship for Lotus. The car was now the Type 49B, featuring a slightly longer wheelbase and several other upgrades. The season included a victory at Monaco, a feat Hill repeated 12 months later in the same car – the only time that’s ever happened in F1 history.

The Type 49 is also famous for marking the debut of the iconic red, white and gold colours of Lotus sponsor Gold Leaf. The same colour scheme has been reused more recently in the Lotus Elise Classic Heritage Editions. 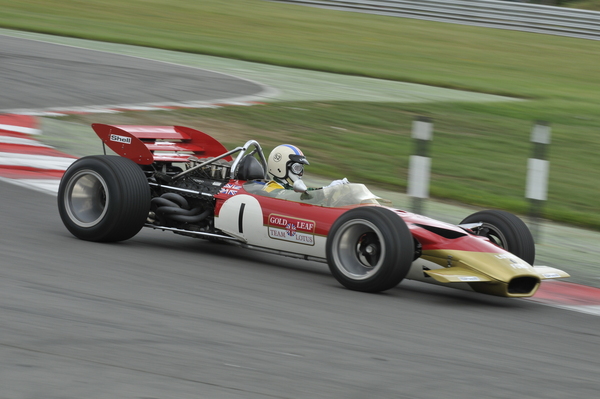 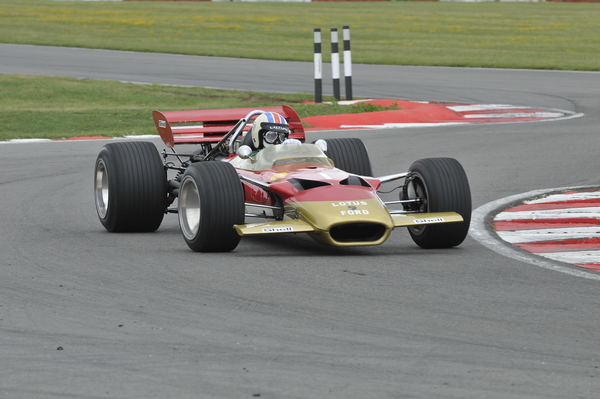 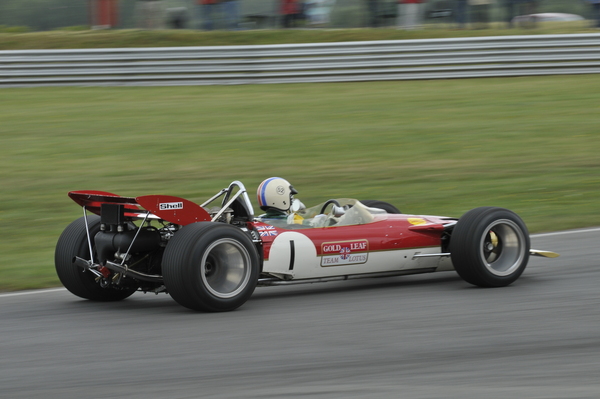