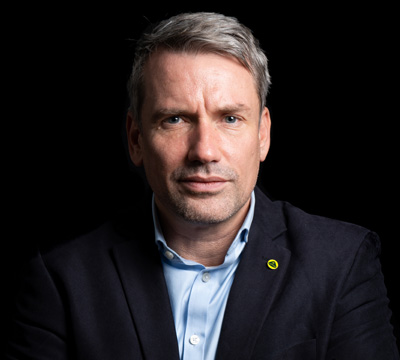 James Andrew joined Lotus in November 2018 when he was appointed Executive Director, Communications & PR. Prior to that he was with specialist automotive PR consultancy Influence Associates in London.

James started his automotive career while at university in the 1990s, working at GM’s Vauxhall Motors’ as a junior press officer. From there he joined Jaguar as a corporate press officer at the company’s Browns Lane headquarters in Coventry. He moved up the ranks to chief product press officer and served in a co-brand role for Jaguar Land Rover at Gaydon when the two brands came together. James left the post of Head of UK PR for Land Rover in 2006 to start a new business on the coast in his native North Wales.

The business in Wales continues, but the lure of PR saw James take the job of PR Director for a pioneering EV start-up in Oslo in 2009. After the Norwegian business was bought out James took up the position of Director at Influence Associates in London.

There James was responsible for numerous clients across the automotive, transport and corporate sectors, from LSE-listed haulier Eddie Stobart to China’s Geely Auto and most things in between, including the Goodwood Festival of Speed and Michelin tyres.

Favourite Lotus: It changes frequently, but at the moment it is the Elan +2 – in my opinion Britain’s answer to a 1970s Corvette Stingray.

Outside Lotus: Family – we have kids ranging from a one-year-old to mid-teens. North Wales coastal living, sailing, reading and living life to the full.

Claim to fame: More than 20 years in PR gives you plenty to dine out on!

The first sportscar I ever remember seeing in my life was an Elise S1 in Norfolk Mustard Yellow. It must have just come out of the factory and was driving on the roads around Wymondham. Growing up as a local lad, the Lotus factory has always held a magical and mythical space in my mind. The signs to factory on the A11 always represented a destination that seemed fantastically unobtainable. It never occurred to me to just drive up the road and take a look.

After a short and early mid-life crisis at the age of 27 I decided to re-study and gain a masters degree, with the sole intention of working for Lotus. My dissertation was focussed on Colin Chapman and the brand he had built. I still have the photo of Colin stood in front of his plane, leaning on a gold Esprit framed on my wall at home. This image captivated everything I love about the man and his brand, and I used it as a subject in my dissertation. I proudly began working for Lotus in 2014.

My favourite driving road is actually two roads that I can’t choose between. The first is Snakes Pass in the Peak District which I finally drove in a Lotus this year. The second is choosing a long route to work. The long route from my house starts by driving through East Carlton, then takes in the legendary Putman's Leap and also involves driving across the Spooner Row train tracks where so many Lotus suspension tests have taken place. With a set of rose tinted spectacles on I take a lot of pleasure knowing I am driving the same roads once driven by Colin in his newest sportscar.

When driving I will usually listen to terrible music choices based on my awful taste.

My favourite Lotus is the white and red spec Turbo Esprit seen in For Your Eyes Only. My other great obsession as a child was James Bond. I have never driven a Turbo Esprit, but I did get to drive a white S1 last year and the Bond theme tune rang loudly in my head that day!

I joined the Lotus PR team in spring 2019 after three years with a volume car manufacturer’s European communications operation.

I’m of 1971 vintage and while I’m from Lincolnshire originally, Suffolk has been my home for more than a decade. I’m married to Emma and we have two teenage kids. Out of hours and away from family life, I can often be found cycling East Anglia’s highways and byways – it’s not as flat as people think…

Favourite driving road? As a former automotive journalist, I’ve been lucky enough to sample some of the world’s greatest. The most memorable was not actually a road at all; I once spent two days driving through the Zambian bush and the tyres never touched tarmac. If I had to choose one song to listen to behind the wheel, it would be She Sells Sanctuary by The Cult. Played through a quality audio system, it’s just fantastic.

My favourite Lotus has got to be the Type 25, not only because it revolutionised race car design but for all it did to influence the road cars we drive today. It’s a beautiful and simple design, and like all great designs, the story goes that it started out as a sketch on a paper napkin. 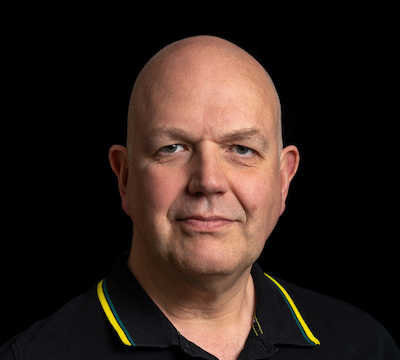 I joined Lotus in 1995 just before the Elise was unveiled. I was new to the motor industry but was very well versed in Lotus having spent my childhood close to Hethel. It was a very different communications time – before emails, and faxes were the quickest way to send a press release. Pictures were sent by post or courier if super-urgent and video was a very labour intensive process.

Most memorable moment (so far)? There are far too many, perhaps it was the first press drives of the Elise in 1996 and introducing the media to what turned out to be a once-in-a-generation car, or perhaps the long phone calls with Don Mac (Don McLauchlan) the Lotus PR Manager from the 1970s and 80s who got the Esprit into the Bond film, The Spy Who Loved Me. Or even coming to work on a Sunday in the summer of 2017 when the Geely Chairman, Li Shufu visited Hethel for the first time. That day felt special and it was the dawn of what was to come (and is now happening).

But there will be more and better memories to come with change everyday, especially right now! Change is happening very fast at Lotus.

My favourite road? There are too many to choose from. I will select one now (but will probably pick another favourite, another day) and it is the Aylsham to Holt road in Norfolk on an early summer’s evening. It’s a proper Lotus road: narrow, poor surface, bumpy, tight corners, a few ups and downs and nothing beats the Elise on this. But in my Elise, in fact any Lotus, even the shortest stretch of road can be brilliant at the right time.

My favourite driving music really varies on the mood and the road. Sometimes it is EuroTrance/Elektronica, a pod-cast, or something by the Red Hot Chilli Peppers (The Zephyr Song), Ed Sheeran (Castle on the Hill), The Ting Tings (Be the One) or Foo Fighters (Everlong).

And the Lotus 23 is one of my favourites – it is worth reading about the story of Colin Chapman at Le Mans. 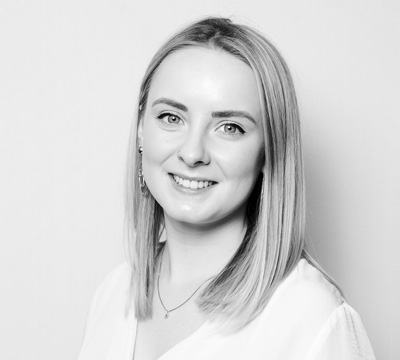 I joined Lotus in November 2020 after several years working in marketing, brand experience and events. Prior to joining Lotus, I worked within the Events team at Norwich City FC delivering private and corporate events for a multitude of clients, before being tempted back to the automotive sector and the Lotus PR department.

After receiving a degree in Theatre at the University of Lincoln, I started my career at an experiential marketing agency working for a variety of premium luxury automotive brands. Alongside brand strategy development, my work covered both national and global product launches, driving experiences, exhibitions and conferences.

Outside of work, I’ve taken on various voluntary placements at the Edinburgh Festival Fringe and the National Centre for Writing. On weekends, I can often be found pottering in my flowerbeds, taking in some culture, catching up with friends and family or (as has become the norm during Covid) talking to my cats.

Favourite driving road? I have a few. First I’d have to say the Causeway Coast in Northern Ireland. The landscape is breathtaking on a clear summer’s day as you meander through the bends and villages. Next up would be driving from Mount Snowdon down to Bala Lake – the mountains, wildlife and lakes are simply stunning. My choice of driving music really depends on my mood at the time. It’s often a random assortment of Bowie and The Beatles, followed by a more current mix of Jordan Rakai, Frankie Lee and Jamie Woon. When alone, it’s the pure indulgence of ABBA (no judging!).

My favourite Lotus? The company has such a rich history of producing beautiful and iconic cars. The Elan and the Esprit really stand out to me as they both have very different design styles – the former is more curvaceous with hints of age-old romanticism, whereas the latter expresses a more modernist and angular frame emblematic of the Eighties. Right now, it has to be the Evija with its stunning design, class-leading innovation, and the benchmark of Lotus’ future. 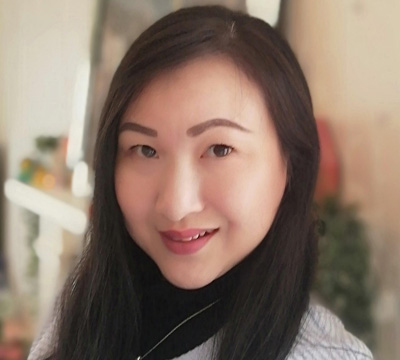 Growing up in Kuala Lumpur, Malaysia was close to heart in my early life. I studied in Australia and worked in Malaysia and China before continuing with further study for MBA at the University of East Anglia UEA from 2013.

I joined Lotus in January 2019 as a Personal Assistant and Business Co-ordinator.

Outside of work, I am always keen to learn new languages and am multi-lingual in English, Mandarin, Malay, Cantonese and Fujian. I also have an interest in fashion and trends. Also, I enjoy cooking and trying new foods.

My favourite road is the Great Ocean Road, located on the south-eastern coast in Victoria, Australia. It stretches along the coastline with beautiful beach views and unique architectural houses on the other side of the road. It is one of the most famous tourist attractions outside Melbourne.