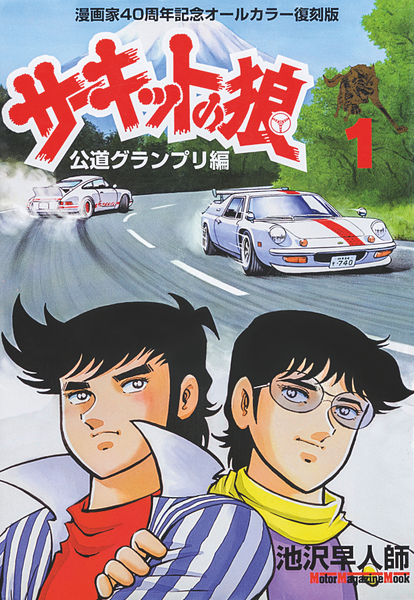 Japan was the biggest new car sales market for Lotus worldwide in 2019, and fans of the brand love to celebrate. Japan Lotus Day is the largest annual gathering of Lotus enthusiasts anywhere in the world (this year it’s on Sunday 4 October), yet it’s more than 8,000 miles from Hethel. Several thousand people and several hundred cars will gather at Fuji Speedway race track, a 50-mile drive from Tokyo. It begs the question… why do the Japanese love Lotus so much.

Part of the reason is ‘Circuit Wolf’, a manga-style series of graphic novels which were hugely popular in Japan. It started in 1975, ran for 20 years and featured a Lotus Europa as transport for the young hero, Yuya Fubuki. Such was its popularity that it made the transition from printed page to silver screen, with a TV series and even a movie.

A common thread ran through the stories – in races against opponents with more powerful cars, the Europa won out because of its classic Lotus characteristics – lightweight engineering, efficient aerodynamics and agile performance. This classic underdog narrative resonated with the audience.

Another reason why Lotus is big in Japan dates back even earlier, to the Sixties, when local motorsport fans first became aware of Colin Chapman and his inexperienced race team going up against the might of Ferrari and Ford.

Justin Gardiner, Brand Manager at Lotus Cars Import, Tokyo, explained: “The whole ethos of engineering efficiency to find extra speed – rather than big engines – resonates here in Japan. It’s not just Chapman’s ‘simplify then add lightness’ philosophy, rather the idea of taking a standard off-the-shelf component and tuning it properly. It’s as popular today as it was 50 years ago, as the massive Japanese tuning scene illustrates.”