25 and out: the unique legacy of the Lotus Elise 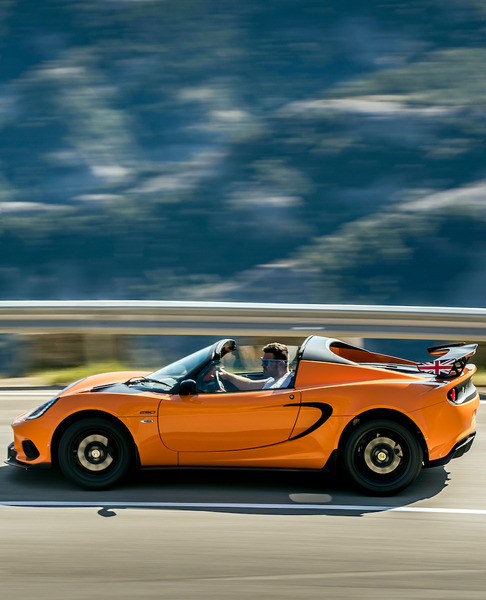 This year marks the 25th anniversary of the start of sales of the Lotus Elise, as well as the end of its production.

Journalist, author and Elise expert Johnny Tipler considers 25 ways in which the much-loved two-seater has created a lasting legacy, not just at Lotus but across the automotive industry.

1) The Elise epitomises ‘simple yet sophisticated’ engineering with its minimalist construction. It is the essence of what a Lotus car should be all about.

2) Like all Lotus cars, it delivers a taut and precise ride, offering its driver instant connection with the road through positive feel and accurate feedback.

3) The Elise reminded the world that an outstanding driving experience should be the priority for sports cars. It reset the standard for ride and handling, delivering a new dynamic benchmark for everything that followed.

4) In August 1996, after a ‘first drive’ in the Elise, CAR magazine wrote: ‘The acceleration, the zest, the eye-popping ability to change speed and direction, the sheer unbridled sense of motion – these are what make driving the Elise so special and intense.’

5) The ground-breaking extruded and bonded aluminium chassis was truly ahead of its time. Designed by Richard Rackham – who is still with Lotus today – it was a world-first technology.

6) It became the go-to chassis technology for low-volume production. Cars such as the Alpine A110 and Morgan Aero 8 are examples of how what Lotus did with the Elise influenced others.

7) The Aston Martin Vanquish is another. Ford saw the underpinnings of the Elise as the way forward for its European performance car brand, and Lotus Engineering was brought in to support various aspects of the vehicle engineering.

8) With an original list price starting at £18,995, the Elise instantly created a more affordable way into Lotus ownership. The only alternative 25 years ago was the Esprit, which started at £39,995 for the GT3.

9) Critical and sales success with the Elise provided Lotus with a reinvigorated worldwide profile. When modified for North American regulations in 2004 – the car was given airbags, traction control and stability control – it put Lotus back on the map across the Atlantic.

10) The rebirth and continuing popularity of Lotus cars in club motorsport can be traced back to the launch of the Elise. Lotus Cup Europe is one of several one-make series around the world, including in Japan, USA, Italy, Malaysia and Australia. The UK also has the Elise Trophy.

11) Such was the car’s popularity, there was even a Lotus Ladies Cup series. Staged in Hungary, it started in 2011 and operated for four seasons.

12) Many a prospective buyer has been introduced to the Elise through the Lotus Driving Academy. The launch of the LDA followed shortly after the Elise entered production and is still hugely popular, with operations in France, Italy, Malaysia, USA and at Hethel in the UK.

13) In the year 2000, a specially developed motorsport Elise was provided for the Autobytel Lotus Sport Elise Championship, part of the undercard for the UK’s British Touring Car Championship. Lotus Design put forward a sketch for a full coupe version, it was made available as a road car… and the Lotus Exige was born.

14) Other Lotus derivatives which wouldn’t have happened without the Elise include the Europa, 340R and 2-Eleven.

15) The Elise’s chassis technology was developed further for the Lotus Evora. It was a different chassis design, but the principles behind it were exactly the same.

16) Lotus Engineering was also able to benefit from ‘The Elise Effect’, commercialising the technology behind the car with valuable third-party contracts. The Vauxhall VX220 / Opel Speedster is one such example.

17) Would Tesla be the world’s most valuable car company today without the Lotus Elise? Its adoption as the basis for the Roadster set the path for Elon Musk and team.

18) There were other customers for the Elise, too. The Hennessy Venom GT and Pininfarina Enjoy would be very different cars if they were based on something else.

19) The man credited with the design of the original Elise has gone on to have a stellar career. After a spell at Volkswagen, Julian Thomson joined Jaguar in 2000 and is now the brand’s director of design.

20) Norfolk’s profile as an engineering centre of excellence shot up in the mid-Nineties, as the Elise made Hethel a serious career destination for world-class engineers.

22) Between its launch in 1996 and the millennium four years later, 10,619 examples of the Elise were built. Customer demand made it the fastest-selling Lotus car in history.

23) The Elise became the engineering test bed for more eco-friendly sports car concepts from Lotus. These included the Eco Elise (2008), which used a hemp, eco-wool and sisal to create the body panels and interior trim.

24) Later the same year Lotus revealed the Tri-fuel Exige, a showcase for alternative and more sustainable fuels. The car ran on petrol, bioethanol and methanol.

25) It also became an early indicator of how electric vehicle (EV) technology and driving characteristics would suit sports cars. The Zytec-Elise, developed by supplier Zytek, used the original Frankfurt show car and made its debut in 1997. 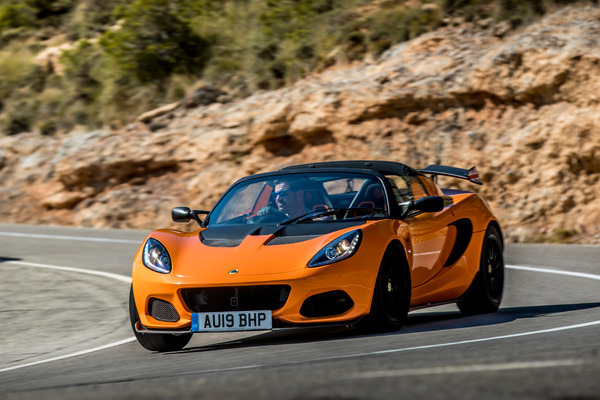 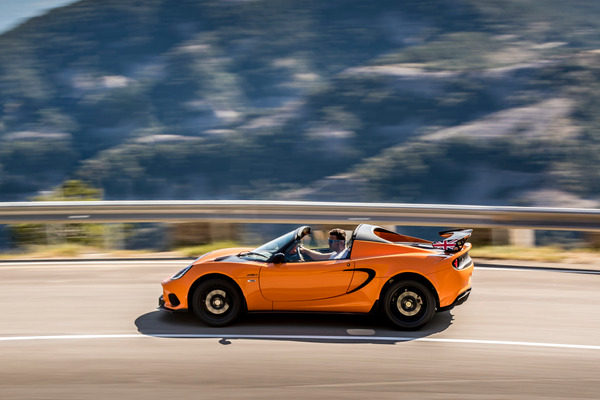 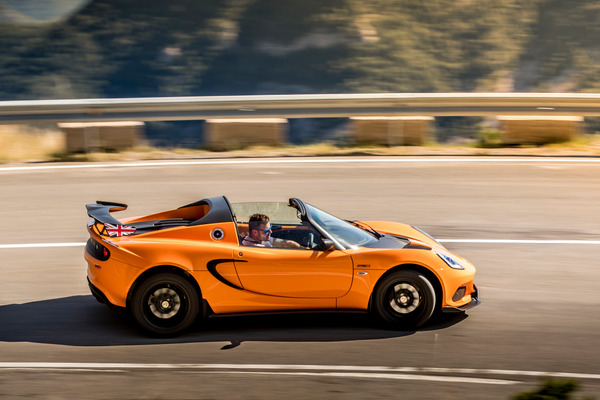 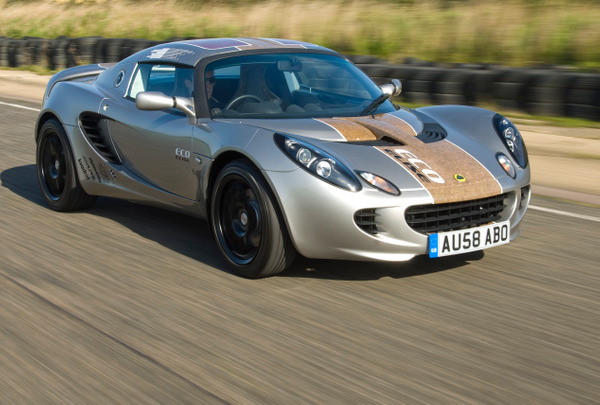 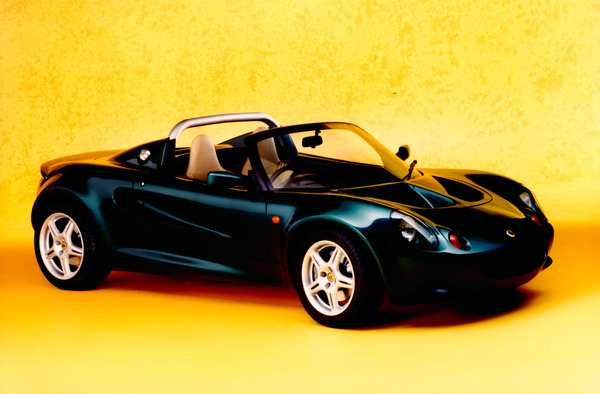 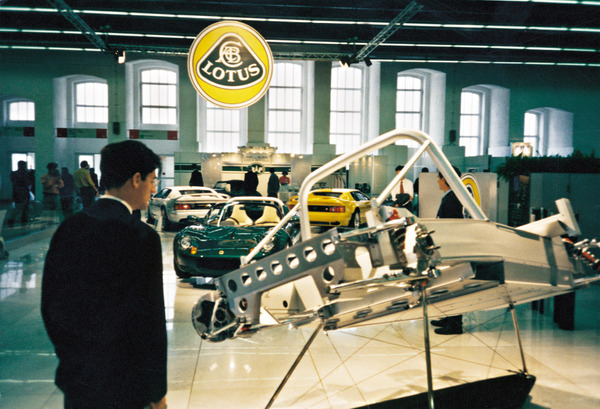 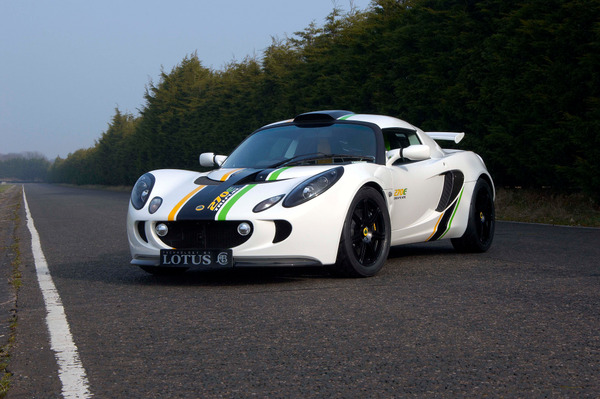 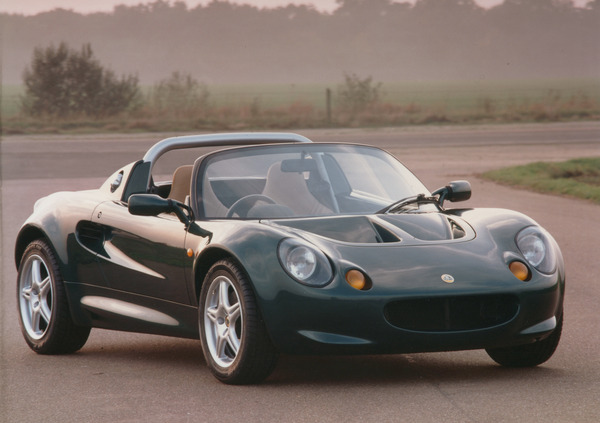